Soaking in all that Summer Market!

I can't believe that we only have a few weeks of summer left, it really did feel like it flew by this year! But as we draw closer to the end of the summer, we are also getting closer to one of the best times of year, the Fall Bounty! Last weekend, Friends of the Library were at the Farmers' Market, and drew quite a crowd, which absolutely included myself! I walked away with a stack of books, which will definitely help to fill the last few weeks of summer. I was so impressed with all of the great reads they had, and how much stock they had. After two years of being unable to run pop-up sales because of COVID, their selection was fantastic. If you missed them last weekend, not to worry they will be back at the Farmers' Market Saturday, September 18th! Make sure to get that space on your night table/bookshelf ready for some new additions! In other market news, if you remember a few weeks ago, Patricia and I took a lovely field trip up to the Wandering Bee's Farm. One of our favourite parts was the incredible drive up there, even though we were only a few minutes outside of London, it felt like we were in another world. Everything was so lush and peaceful. Now, you have that chance too, Wandering Bee is now offering Farm-Pick up options. All you need to do is select a pick-up time and pick-up your marked flowers at their farm stand. If you need a quick lunch time break, take a drive out and pick-up some flowers!

Last Thursday we welcomed Ankita Vaidya and our largest crowd yet for our cooking demonstration! Thursday’s menu included Moroccan chickpeas, a Tahini sauce, fresh rolls and lettuce cups. It was the perfect summer meal, cool and easy to make! As a new mum (congratulations Ankita!), Ankita wanted to make a recipe that was easy, delicious and quick to make, and indeed it was. For the Moroccan chickpeas, Ankita started off by sauteing onions, tomatoes and garlic. For those looking to cut down on their cooking time, Ankita recommends sauteing all of the vegetables together and then storing them in the fridge for 3 to 4 days, making it is easy to grab right out of the fridge and get cooking. She then added spices and sliced dried apricot, mixed them up and allowed the flavours to get to know each other before adding the chickpeas.

The Tahini sauce, was one of my favourite recipes of the night, I find that I’ll buy tahini for hummus recipes, and then I never quite know what to do with it. But Ankita’s sauce was a delicious way to use up that extra tahini. The richness of the tahini and the sweetness of the honey matched perfectly with Blueberry Hot Sauce from Proper Heathen (a Farmers’ Market vendor). Ankita used the sauce to top both the fresh rolls and the lettuce cups.  For the fresh rolls, Ankita used rice paper, the trick she said was to use lukewarm water and to only dip the paper in for a maximum of 5 seconds. For the filling, Ankita used the chickpeas, but she suggested letting them cool, as hot ingredients will rip the fragile rice paper. This recipe would be such a fun one to make with family or friends, everyone would be able to make their own fresh wraps, and the possibilities are endless! Hot tip: when using rice paper for the first time, Ankita recommended using fewer fillings, making it easier to roll up. Thank you Ankita for sharing these great tips and recipes!

Pop Ups at the Farmers' Market!

Our Thursday and Saturday Markets are featuring pop-ups from some of our favourite local businesses!

zen’Za Pizzeria will be at Thursday’s Market form 4 to 7pm serving up some delicious pizza! Specializing in vegan, vegetarian, omnivore and gluten-free thin crust pizza, zen’Za Pizzeria has something for everyone! Co-owners Wayne DeGroot and Jocelyn Morwood DeGroot source their ingredients from local producers, like Arva Flour Mill, Field Gate Organics and even right here at the Covent Garden Market! Their main goal is to make people feel good while eating their pizza. They really do put the “comfort” in comfort-food.  Swing by this Thursday and check them out for yourself! 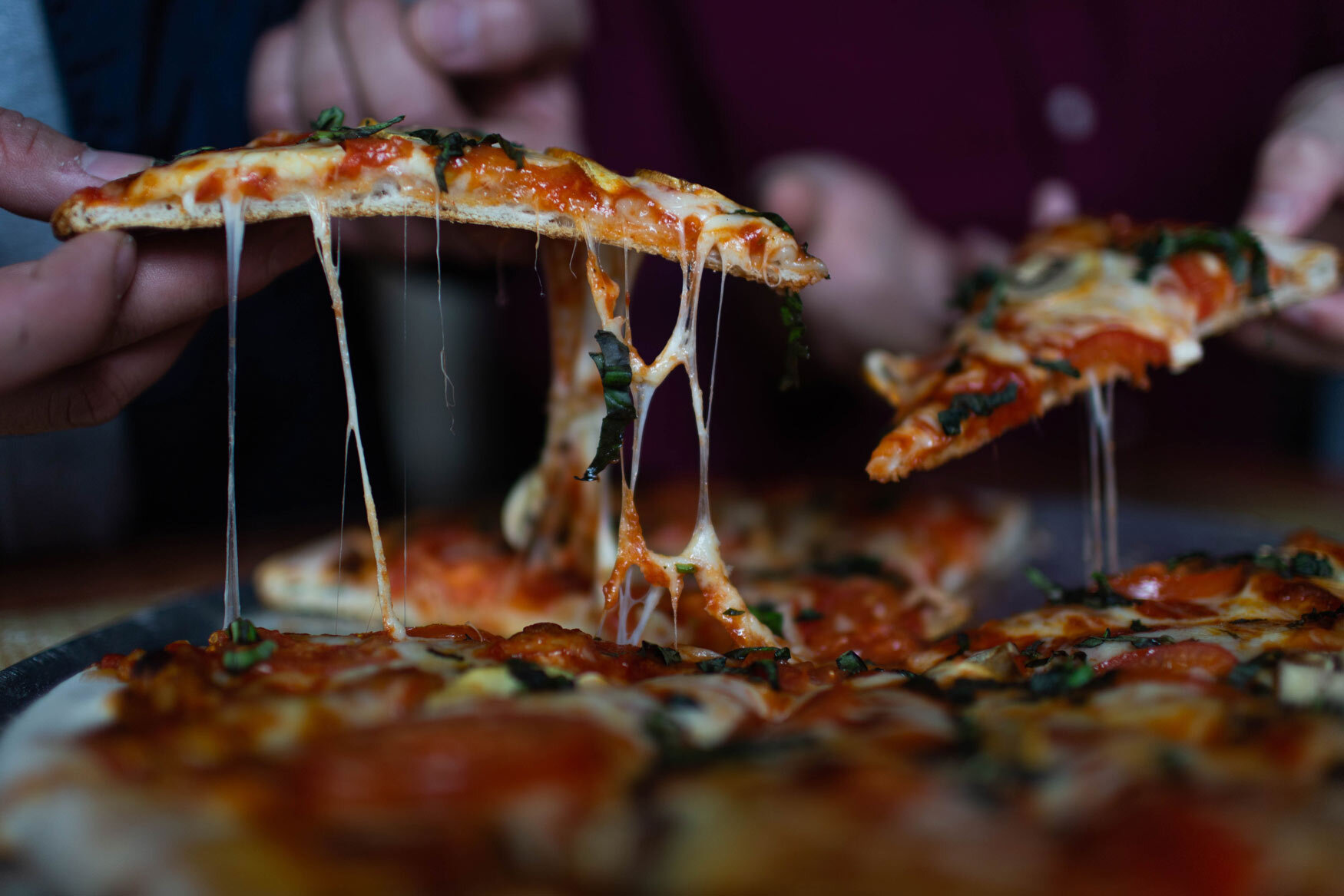 Thursday AND Saturday, Odegaard Home will also be joining the Farmers’ Market as a pop-up! Odegaard Home specializes in making luxury soy candles. Each candle is hand poured from a natural pillar soy wax blend and dyed with organic, non-toxic dyes. They also feature beautiful hand poured cement holders and trays for you to place your beautiful soy candle on or as a catch all tray. Come say hi and shop in person at this London favourite!

Arts at the Market!

This Thursday, Karen Emeny will be returning to the Market to serenade another week’s Shop and Sip! With her catchy hooks and honest lyricism, Karen’s sound is one unconstrained by genre — and she wouldn’t have it any other way. As a lover of music for as long as she can remember, and after penning her first song at just 12-years-old, it’s no surprise the artist has learned to draw inspiration from anywhere and everywhere — making her both a unique and diverse talent. Come on out to Thursday’s Market from 4 to 7pm, to hear the sweet sounds of Karen Emeny! 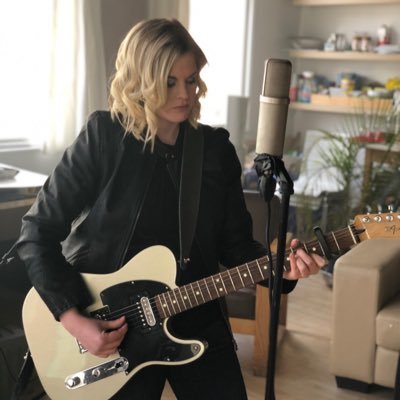 On Saturday we are thrilled to be welcoming three local London artists!

Hattie Benjamin is a London, Ontario artist who specializes in Paper Quilling. Raised on a rural Ontario farm, Hattie acquired a love and appreciation for nature at a very early age. As a self taught artist, Hattie worked with several different mediums before developing her own unique style of quilling over alcohol ink collages. Through the quilling process of bending, folding, and manipulating tiny pieces of paper, Hattie creates vibrant nature-inspired works that she has recently begun to show at local art galleries. Swing by and check out Hattie’s work from 10am to 1pm!

Our Saturday market tunes will be provided to us Justin Maki and Joshua Shea. Justin Maki is a Pop/Easy-Listening Artist based out of London, ON. Justin aims to create music that is beautiful, groovy, and thoughtful, and with it, enrich the lives of those who listen. He wields a rich voice and uses lush arrangements to transmit his messages of love, loss, adversity, mental health, global crises, and future musings.

Nature in Our City - With Glenn Berry

Hundreds of Chimney Swifts stay overnight inside a few London chimneys after feeding all day high above the city. These nimble birds feed on aerial insects and become more visible as they follow the descending “aerial insect layer”. The best time to see them is around sundown. The ideal locations to see them are posted on Nature London’s Facebook page.
Because there were many low-flying insects on Toronto’s lake shore in May 2020, I could photograph a Chimney Swift at close range in daylight. You can see the spiked tail feathers that help brace swifts vertically to the inside of a chimney wall as they cling to it with their claws.

Even at a great distance you can recognize this “cigar with long boomerang-shaped wings”. When they are closer to the ground, you can hear them chittering.

As one of Nature London’s Chimney Swift monitors, I have enjoyed seeing swifts swirling in the air over and around a chimney before diving in for the night. Sometimes it looks like they are tumbling in as they slow down and enter tail-first. Before sundown, there is a lot of “will it or won’t it enter”. After sundown, they trickle in or sometimes flood in. In my video from July 20, 30 swifts entered in 20 seconds, starting 15 minutes after sundown.
On Nature London’s YouTube channel, there is a higher quality video with a lot of “did it or didn’t it enter”. As it gets darker, it becomes more difficult to be certain.
For additional information on Chimney Swifts from Nature London see
http://www.naturelondon.com/chimney-swifts-resources/

You and your family can get more in touch with the natural wonders of London by connecting with Nature London. You can visit its website for free, but I encourage you to join. A household membership of $35 supports the organization and gives you access to much more. If you are not ready for a paid membership, search for and then “Like” the Facebook page “Nature London – McIlwraith Field Naturalists of London Canada”. The page has postings about events and resources.

One of things I have enjoyed most about working at the Farmers’ Market has been discovering all the different foods that are grown in Ontario. This weekend I learned that Thames River Melons grows Okra! The one and only time I remember eating Okra was in gumbo, and even then I don’t really remember what it actually tasted like. So I hit the books (aka I google’d) and discovered the history, the uses and the awesomeness of Okra!

Today okra is found across cuisines, most notably Caribbean, Southern, West African and Indian. But historians and scientists have traced its origin back to Ethiopia. Okra then made the long journey to North America during the Transatlantic Slave Trade, likely coming over with enslaved peoples during the 1500s and early 17th century. Okra grows best in hot and humid climates, which is part of the reason for its popularity in Southern, Caribbean, West African and Caribbean cuisines.

Okra is often associated with being slimy. That slimness is actually a fibre called mucilaginous, and when okra is heated or cooked, it starts to gel and helps thicken stews and curries. If you are not a fan of the slime, try grilling or roasting the okra at high heat. That will start to sear the liquid causing it to evaporate. The tip here is to dry okra really well after rinsing it and before cooking it. If you have ever noticed that okra tends to be paired with tomatoes, its because acidity can help to lower the viscosity of okra’s slime. Vinegar and citrus-based recipes will have the same effect!

Interested in trying okra at your next trip to the market? When buying okra look for ones that are firm but not hard. Fresh okra will have bright green pods and unblemished skins. If you plan on cooking with okra that night, feel free to leave on the kitchen counter and keep it at room temperature. If not, okra can be stored in a paper bag in the fridge for up to four days.

This super easy Grilled Okra recipe will be a great pairing with pork chops or even as an appetizer for your next BBQ!

Or if you want to explore some culinary history, check out this Ghanaian Okra Stew!

If anyone is interested in learning more about the history of Okra and culinary history in general, I could not recommend Netflix’s High on the Hog more! It is a fabulous docu-series that traces the origins of American cuisine, tracing its through lines from Africa to Texas. It is fabulous!

This is the list, folks! See who you can find at the Farmers’ Market this Thursday, August 26th! Click on their names to find information on pre-orders and to learn more about their farms and businesses!

This is the list folks! See who you can find at the Farmers’ Market this Saturday, August 28th! Click on their names to find information on pre-orders and to learn more about their farms and businesses!